An exciting algae strain has been discovered at The Sahara Forest Project’s pilot facility in Qatar. It is now being analyzed at Duke University in North Carolina, United States. PHOTOS: Nicholas School of the Environment, Duke University

The Sahara Forest Project’s pilot facility in Qatar became home to an unexpected algal resident. The discovery can be a first step to large-scale algae cultivation in new regions of the world.

The exciting algae strain, discovered last summer, is now being analyzed at Duke University by Professor Zackary Johnson as part of a U.S. Department of Energy collaboration to develop algae production for biofuels and animal feeds. If that analysis shows that, in addition to having high tolerance to heat and salt, the algae are fast growers suitable for biofuel production, the strain could open new regions of the world to large-scale algae cultivation.

“The careful research that will give us a full understanding of the strain and its potential is just beginning, and we look forward to learning more in the coming year”, says Virginia L. Corless, Science & Development Manager of The Sahara Forest Project.

Marine microalgae grow prolifically in the world’s oceans and seas. Their ability to grow very quickly without using any freshwater, make them a promising candidate for next generation biofuels that can replace fossil fuels for planes, ships, trucks, and cars on large scales without competing with global food production.

Algae cultivation is a part of the Sahara Forest Project’s saltwater infrastructure, and three specially-built ponds were put in service at the pilot to cultivate species already identified as having promise for commercialization. 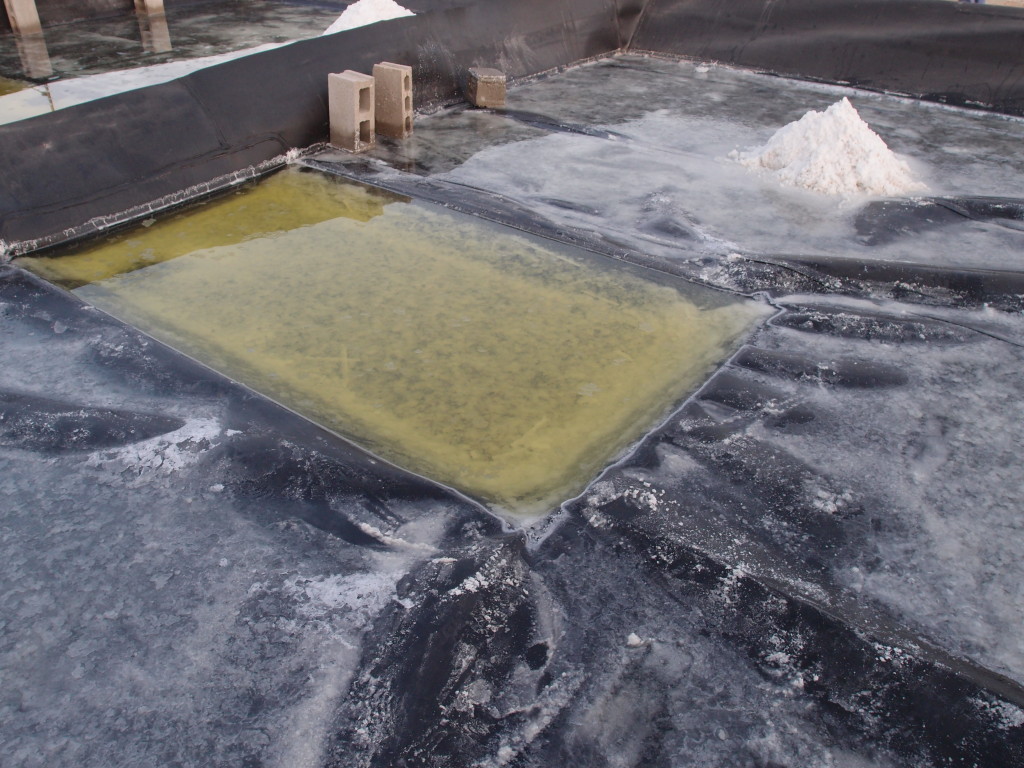 The serendipitous algae discovery at the Sahara Forest Project’s pilot facility in Qatar is a prime example of the innovation that arises from bringing together systems and scientists from different disciplines. Without the presence of scientists with expertise in algae, the bloom would not have been taken note of nor the algae collected for analysis; and without the requirements of the Sahara Forest Project’s greenhouses and solar desalination systems for saltwater-based cooling, the salt ponds would never have been built at the facility.

The integrated Sahara Forest Project system created the unique combination of an environment that is a good home to both this unusual algae strain and the scientists who could understand its significance.

This website uses cookies to improve your experience while you navigate through the website. Out of these, the cookies that are categorized as necessary are stored on your browser as they are essential for the working of basic functionalities of the website. We also use third-party cookies that help us analyze and understand how you use this website. These cookies will be stored in your browser only with your consent. You also have the option to opt-out of these cookies. But opting out of some of these cookies may affect your browsing experience.
Necessary Always Enabled
Necessary cookies are absolutely essential for the website to function properly. These cookies ensure basic functionalities and security features of the website, anonymously.
Functional
Functional cookies help to perform certain functionalities like sharing the content of the website on social media platforms, collect feedbacks, and other third-party features.
Performance
Performance cookies are used to understand and analyze the key performance indexes of the website which helps in delivering a better user experience for the visitors.
Analytics
Analytical cookies are used to understand how visitors interact with the website. These cookies help provide information on metrics the number of visitors, bounce rate, traffic source, etc.
Advertisement
Advertisement cookies are used to provide visitors with relevant ads and marketing campaigns. These cookies track visitors across websites and collect information to provide customized ads.
Others
Other uncategorized cookies are those that are being analyzed and have not been classified into a category as yet.
SAVE & ACCEPT